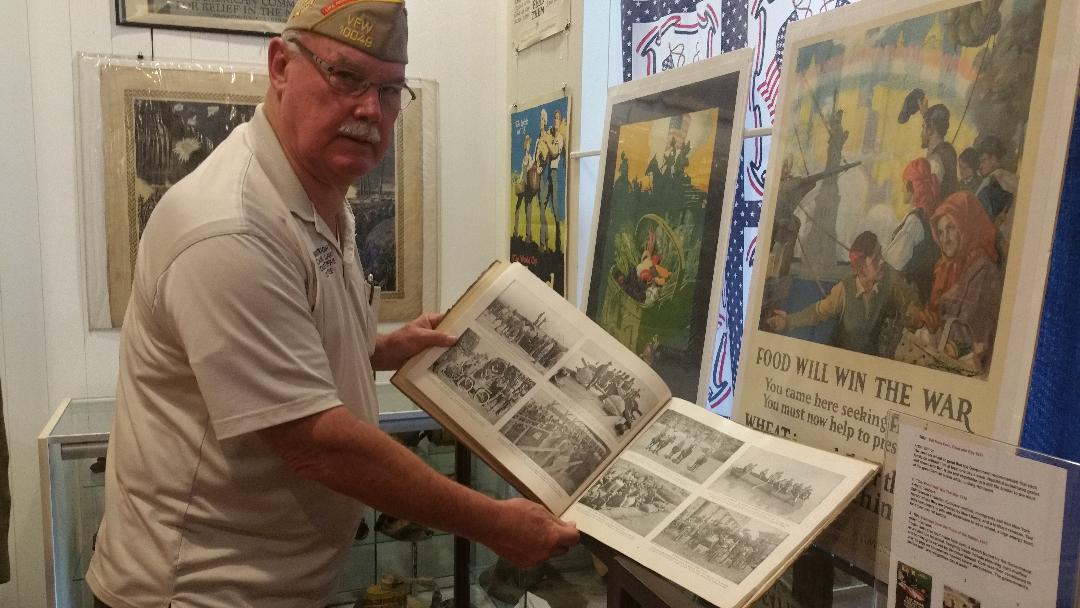 November 11th is not only Veterans Day, a special day to honor military veterans. It also marks the anniversary of the end of World War I.

This year is extra significant because it marks the 100th anniversary of WWI.

In fact, major hostilities of WWI were formally ended at the 11th hour of the 11th day of the 11th month of 1918, when the Armistice with Germany went into effect.

Like most places in the country, the local area has its share of stories during the war, including many of hope.

“Men from Los Angeles, Ventura and Santa Barbara counties receiving enthusiastic response and ovation in Sacramento as they arrive and leave on train,” wrote reporter Thomas F. Ford in a front-page article appearing in the Sept. 18, 1917 edition of the Los Angeles Times.

“Southern Californians in First Big Battle Fight Like Veterans,” was a headline in the Nov. 10, 1918 edition of the Los Angeles Times.

Many of the news pages were also filled with heartbreaking stories from the war.

In the Nov. 26, 1918 edition of the Oxnard Press Courier, it was reported that Thomas J. Lake, a well-known young rancher was killed in action on Sept.30, shortly before the war ended.

Lake wrote a letter dated a few days before his death, saying that his company just received orders to move, and that he hoped it was to the front. He figured the war would be over shortly, and had hopes he would soon be back home “unless the boche gets me.”

“TRUCE IS ON” was the headline in the Ventura Post after the Armistice was signed. 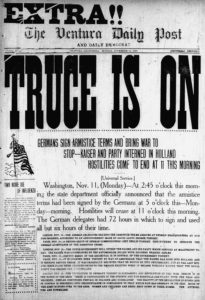 World War I was supposed to be “the war to end all wars,” Tony Boucher, curator of the VFW Military History Museum, told the Los Angeles Daily News. “Of course, we know that it didn’t. It was just the beginning. … It led right into World War II.”

The museum, located inside the Simi Valley Town Center, houses an impressive collection of memorabilia from World War I (as well as from other wars). 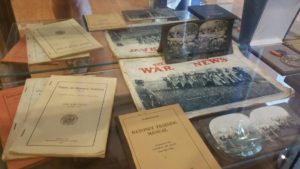 Wayne Wright, commander of Veterans of Foreign Wars Post 10049, contributed many items from his own WWI collection to the museum. Many photos and letters are also on loan from various organizations just for the centennial. 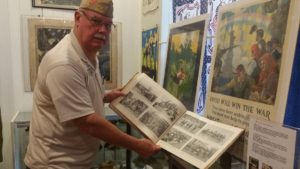 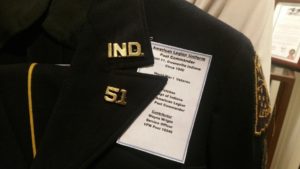 Of note, the repaired and enhanced World War I monument at the Lompoc Museum will be re-dedicated. It will include a bronze bas relief sculpture of a doughboy soldier by local artist Ed Brooks, and planters containing red poppies, a flower with special meaning for World War I. 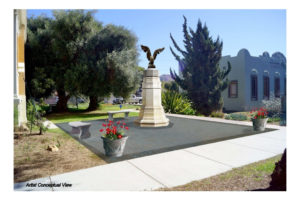