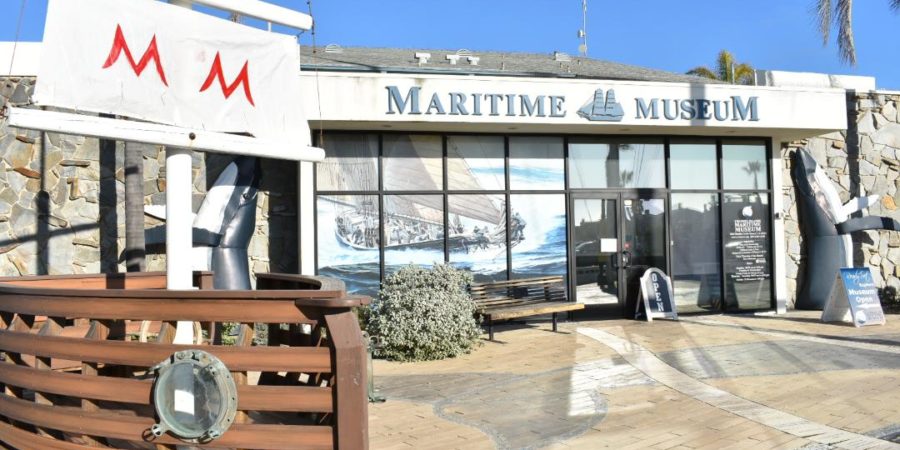 When I first heard about the Channel Islands Maritime Museum in Oxnard, I admittedly didn’t think I would want to visit since I have no knowledge of ships and probably would get bored looking at them.

I’m sure glad I put those thoughts aside and found my way to the Channel Islands Harbor to visit the museum, which I now consider a real hidden gem in Ventura County.

This place has a little bit of everything for everyone, including me.

For the historian, there’s much to learn about maritime history here and there’s plenty of knowledgeable docents to guide you through the myriad of exhibits.

I was lucky to be paired with docent Lenny Stevens, a native of Holland, who can tell you everything about the painting created by masters from around the world and dating back to the 17th century.

Many of the 70-plus original paintings depict fishermen, traders and sailors in realistic detail, battle scenes in England during the 18th and 19th centuries, and dramatic scenes of the commercial maritime industry in the 20th and 21st centuries.

The docents will explain the different artistic styles and the interesting stories behind the littlest details of the paintings.

History is also told in the museum’s collection of more than 80 ship models, which is the largest collection of museum-quality models on the West Coast. Many of the model ships represent the “Age of Sail” and span more than 5,000 years of maritime history.

One of the models featured is The Korean Turtle Boat, which was successful in driving away the invading Japanese over 400 years ago.

The museum also boasts the second largest collection of Prisoner of War models from the Napoleonic Wars (the era covering 1790 to 1815).

The interesting story behind those Prisoner of War models: French sailors captured by the British during those wars developed a small business building model ships and selling them.

The nine ships featured here are so finely detailed, you would never have known that a majority of them were made from bones left over from the prisoner’s meals!

The museum also has an impressive display discussing the life of Fleet Admiral Zheng He, a Chinese mariner, explorer, diplomat, and court eunuch during China’s early Ming dynasty.

A mecca for the art enthusiast

My personal interest lies in art, and I discovered many interesting pieces at the museum, including an 1872 painting by Eugene-Louis Boudin, who was a mentor to famed Impressionist Claude Monet.

The workbench of local master ship model maker Edward Maple is also featured, along with his entire collection—nine models—which many consider to be the most exquisite examples of ship model craftmanship in existence.

An interesting fact that I learned about Maple: He didn’t paint his model ships. Instead, he would search everywhere for the exact shade of wood that matched the exact color that he needed!

One of my favorite collections was the “Ships in Bottles” created by Robert Little. Little was a CIMM Model Guild member, who sadly passed away in 2018, but whose work continues to be admired by visitors of all ages.

The museum has a number of artists come in as part of its Artist In Residence program, where they can share in their work, but also offer instructional workshops to visitors. My visit coincided with Christina Altfeld, a fine art printmaker, as the visiting artist. Her beautiful ocean-related art was on display and also available for sale in the museum gift shop.

The Art Comes Alive event, which takes place in February, celebrate the spirit of various paintings, ship models, and time periods featured in the pieces on display in the galleries. The characters, brought to life, share fascinating stories and facts about the pieces they represent.

The museum also has an ever-changing calendar of exhibits and events. Some of their more popular events throughout the year include the Celebration of Whales, Chowderfest, and the Wooden Boat Show.

The view from the museum is also a must see. Of course while you’re there, check out the myriad of activities and restaurants at the Channel Islands Harbor!

For more information about the Channel Islands Maritime Museum:  http://www.cimmvc.org

Michele Willer-Allred is a Ventura County-based journalist, who likes to travel to interesting places in the 805 on a whim.