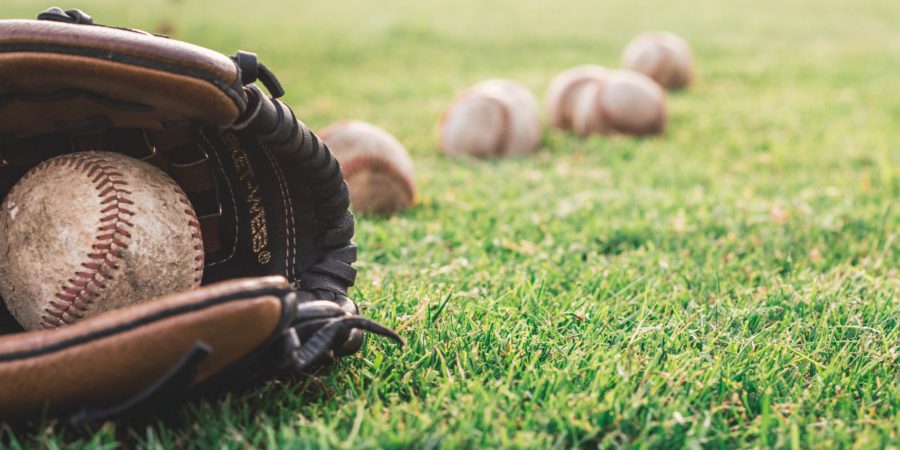 It’s 1912, and thousands of sports fans fill the stands to watch an exhibition game between the New York Giants and the Chicago White Sox.

This might sound like any Major League Baseball game being played at a stadium in the big city, but this match actually took place at a baseball field right in the heart of Oxnard!

This memorable game is just one of several stories by local author Jeffrey Wayne Maulhardt in Baseball in Ventura and The Day the New York Giants Came to Oxnard.

Along with Mexican American Baseball in the Central Coast by Richard A. Santillan, these books are part of a must-read collection for anyone interested in the early history of baseball in the 805 region.

In Baseball in Ventura County, Maulhardt takes readers back to 1847 when the New York Volunteer Regiment, stationed in Santa Barbara, batted around a cowhide-covered ball with a stick made from a mesquite branch.

Many photos are included of the early baseball teams and players, as well as the fun stories behind their rivalries.

There was Charley “Clolo” Hall, who was the first Ventura County player to make a paying career out of baseball by reaching the major leagues. He ended up pitching for the Cincinnati Reds in 1906.

And, Babe Ruth, who ended up hitting a home run out of Pershing Park in Santa Barbara during a visit with fellow New York Yankee Lou Gehrig in 1927.

Ventura-native Fredrick Snodgrass, who made his debut with the New York Giants in 1908, is figured most prominently.

Snodgrass was instrumental in bringing the touring Giants and White Sox to Oxnard for what was an exhibition game.

It ended up turning into one of the biggest events the city has ever seen, with businesses closing for the day to celebrate. The book goes into detail about the city’s preparation for the game, the game’s play-by-play, and who ultimately won.

The pictures of the game inside the book are fun to see. It’s hard to believe such a big event was held at the Oxnard Athletic Field, later named Haydock Field (located off Wooley Road and C Street).

It’s also fun to read about Snodgrass, who infamously made a catching error in the final game of the 1912 World Series that cost the Giants the championship to the Boston Red Sox.

Snodgrass’ ties to Oxnard remained. He ended up moving to the city, where he became mayor in 1937.

An interesting story is how Maulhardt came to write his books.

While researching at the Ventura County Museum of History and Art about the Oxnard Plain, he said he came across an old photograph, which to his surprise, was of the Giants/White Sox game.

That photo eventually led to him locating Snodgrass’ daughter, Betty Snodgrass Garrett, who ended up providing original photos, recordings, and other invaluable documents and mementos from the game.

And, while researching microfilmed copies of the Oxnard Courier, Maulhardt came across other historical photos of the game. One included his great, great uncle, Dr. A.A. Maulhardt, who served as a local umpire and most likely team doctor for the game.

The book chronicles early teams, such as the Fillmore Merchants, who played games from Santa Barbara to Mexico around 1920-30 and had a reputation as a top club in Southern California.

Santillan writes that most Mexican families lived in barrios, and many men during their leisure hours turned to baseball, a sport they played in Mexico. When Mexican contract laborers (braceros) arrived in Ventura County in 1940s, discrimination intensified, but baseball seemed to be an escape for many.

Included are stories about Woody Ybarra, considered one of the finest local pitchers of the time. Despite his great talent, he wasn’t allowed to play in the major leagues because of his ethnicity, according to Santillan.

Things would change for Ventura local Charley Hall, a young man of Mexican descent who ended up playing for the Boston Red Sox between 1909-1913.

A very cool fact from the book: Charley won the first game ever played at Fenway Park, and set the record for most consecutive wins at 16, a record that still stands today!

There are also stories about Rudy Salvador Martinez of Lompoc, who pitched the first game in the 1956 Olympics, as well as Jesse Orosco of Santa Barbara, who was part of the 1988 Los Angeles Dodgers World Series team.

A pleasant surprise in the book: The many stories and pictures of all-female teams that played over the years in the Central Coast, including the Rock-Etts, a Santa Barbara-based softball team in 1945. Many of those teams were just as competitive as their male counterparts.

As noted in the book: “For women, softball was a social counterbalance to the strict cultural roles by society.”

A reader on Amazon wrote about the book:

“I love it. My grandpa, great uncle, and uncle were all featured in it. It was so awesome to see this little bit of history,” said Christine L. Cook in a review on Amazon.

A video about the book by Arcadia Publishing:

We were able to locate Haydock Field (formerly the Oxnard Athletic Field) at Wooley Road and E Street in Oxnard, where the NY Giants/White Sox game took place in 1912.

We also tried to locate the site of the first baseball game in Ventura County, at the base of Palm Street. We think we found the site, but let us know if we are wrong:

And, online we found a very cool video of an interview with Fredrick Snodgrass:

Who knew there was such great local baseball history? Thanks to all the authors for telling the stories so well.

Have you read these books, or plan on doing so? What is your experience or interest in local baseball? Let us know!