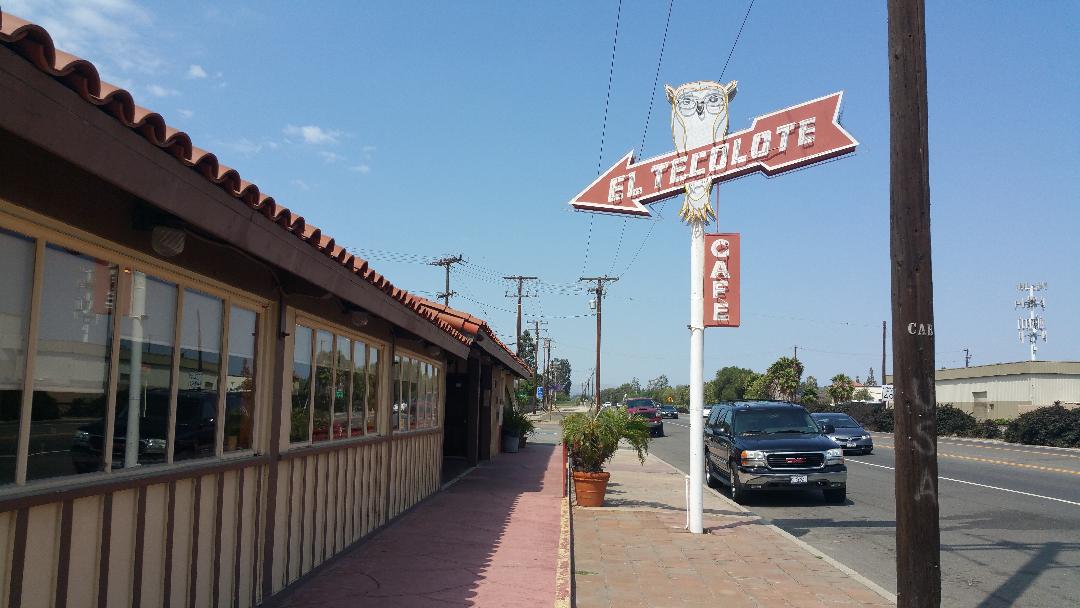 Cruising down Lewis Road in Camarillo, you’ll inevitably come across a retro sign with a large owl on top of an arrow pointing to a restaurant called  El Tecolote.

And the owl is not only this classic restaurant’s namesake (El Tecolote means “The Owl” in Spanish). It’s also part of the famous lore of this popular roadside spot for Mexican food.

The restaurant was not always in Camarillo.

Mike Loza, a farm worker who just came out of serving in World War II, opened in 1946 what was then known as the Corner Café on High Street in Moorpark.

He decided to change the name of the restaurant in honor of the owl after seeing an incredibly large number of the nocturnal birds of prey in the trees lining the street.

“Mexican people are very superstitious and they believe that when the owl sings it means bad luck,”Loza said in an interview in the 1950s with the Oxnard Press-Courier.

“The owl has been very lucky for me however because I have been very successful with the name.”

Loza ended up moving the original El Tecolote in 1948 to Barry Street in Camarillo. It became very popular (Mama Loza’s fabulous cooking was the big draw).

Needing more space for the large crowds, El Tecolote moved into its current ranch-style structure in 1952 at the corner of Barry and Somis Road (now Lewis Road).

Loza died in 2001, and David and Judy Jones owned the restaurant until Ben Guardado took over operations in 2008.

Loza’s legacy still remains in Camarillo, where he made numerous contributions to the community. In 2014, a street in the city was named after Loza.

Some things remain the same at the restaurant, including the delicious chile rellenos, burritos and other classic Mexican platters and margaritas.

And the owls. They are everywhere inside the restaurant—in paintings and other art work, and various knick-knacks. 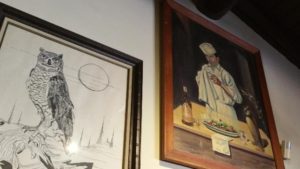 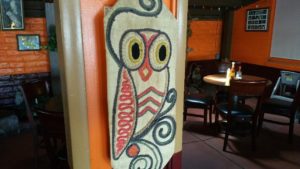 The owls obviously have provided good luck to El Tecolote  and hopefully will continue to do so for many years to come!

Have you ever been to El Tecolote? If so, what is your favorite memory?